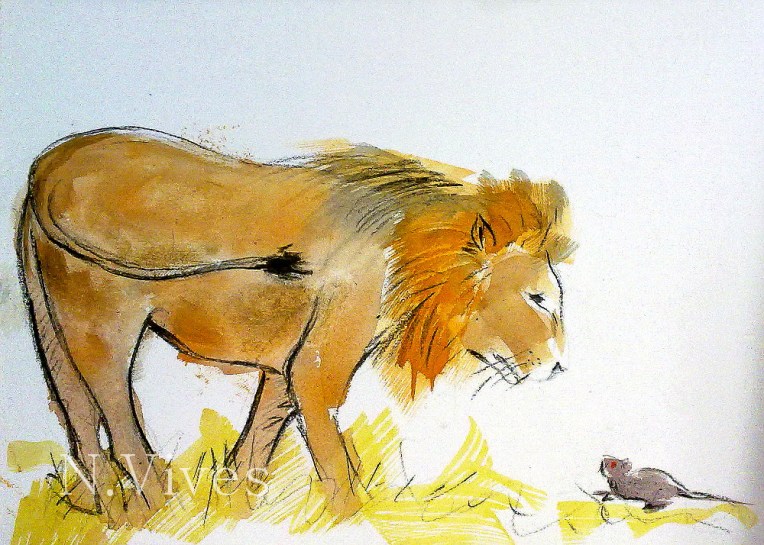 The lion and the mouse. Illustration by Núria Vives

THE LION AND THE MOUSE

A Lion asleep in his lair was waked up by a Mouse running over his face. Losing his temper he seized it with his paw and was about to kill it. The Mouse, terrified, piteously entreated him to spare its life. “Please let me go,” it cried, “and one day I will repay you for your kindness.”

The idea of so insignificant a creature ever being able to do anything for him amused the Lion so much that he laughed aloud, and good-humouredly let it go.

But the Mouse’s chance came, after all. One day the Lion got entangled in a net which had been spread for game by some hunters, and the Mouse heard and recognised his roars of anger and ran to the spot. Without more ado it set to work to gnaw the ropes with its teeth, and succeeded before long in setting the Lion free.

“There!” said the Mouse, “you laughed at me when I promised I would repay you: but now you see, even a Mouse can help a Lion.”